Survived by:  Parents, brothers and sisters 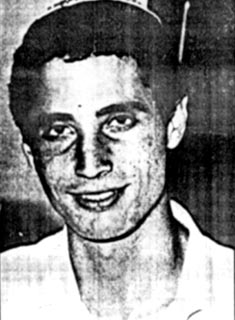 Ofer was born in Israel during Hol HaMoed Pesach, 1968. He grew up in Be’er Sheva with his older sister Aliza and younger siblings Hagit, Yoel Itzhak Yisrael, and Netanel Aharon.
He attended a Be’er Sheva elementary school and then went to the Sha’alavim religious high-school. Simultaneously, he joined the Ezra youth movement. At Sha’alvaim he stood out for his ability for independent study especially in Gomorrah and other Holy subjects. Following graduation he continued to the Mircaz HaRav High Yeshiva in Jerusalem and then to the Kotel Hesder Yeshiva.
He served in the Golani unit in the IDF. After his release he studied at the Idra Yeshiva in Jerusalem. He planned on studying electrical engineering at the Ariel College when he finished his Yeshiva studies.
Ofer loved basketball and nature hikes and cycling in nature. He also enjoyed photography. However, Ofer was a real Torah scholar. His understanding in Torah was direct: in every tractate he’d investigate and get to the bottom of things until he’d understood it clearly. His love of Jerusalem, the Holy City, was a known thing.
His father wrote about Ofer’s kindness: “when Ofer would notice that someone was in a bad mood he’d try to encourage him and lift his mood. After a conversation with Ofer, the world would seem a better place. He’d also support his siblings both spiritually and financially. In many cases they didn’t even know that the help came from him. It pained him to see people suffering, without a home and family, in the streets. When he saw such people he’d help them. He’d look for the good in them, and didn’t understand why others would turn them down.”

On Monday, March 15th 1993, at 08:30 a.m. Ofer was at the Eli bus stop on his way to Ariel College where he wished to study. He noticed a terrorist driving a minicab sharply turning off the road and running over a man standing at the bus stop. Ofer tried to stop the vehicle by hanging onto it. The terrorist braked suddenly, Ofer was flung to the road, his neck broke and he died on the spot.
Ofer was 25 at the time of his death. He was survived by his parents, 2 brothers and 2 sisters. He was brought to rest at the Mt. Saul Cemetery, Jerusalem.