בית / About the Visitors Center / The Visitors’ Center Exhibits

In the courtyard of the visitors’ center in the archives and in the gallery, there are several exhibits, each with a special museum interest, and together they are testimonies and stories from life in Gush Katif.
From the mosaic of King David, a testimony to the thriving Jewish community of Gaza, to the Memorial of the fallen soldiers, through the Holy Ark that stood in the synagogue of Gan-Or… the exhibits are other points of interest after the tour of the visitors center

The exhibition was designed and constructed by the artist Aharon Shevo. The exhibition is built on the base of the Star of David design of the Yamit Yeshiva building from Neve Dekalim. The Star of David expresses the connection to Zionism and the nation. It has a break, a crack, (symbolizing a national rupture. A rift in one’s faith – prayers that went unanswered. A physical break – the communities that were destroyed). But out of this gap there is the growth of a palm tree – growth from the destruction. The installation’s colors are blue and white which are the colors of the flag and also express sky and sea. The yellow color expresses the sand, while orange represents the color of the campaign to prevent the Disengagement Plan. The names of the twenty-one Gush Katif communities and the four northern Shomron communities which were uprooted in the Disengagement Plan appear on both sides of the Star of David.

The story of a table 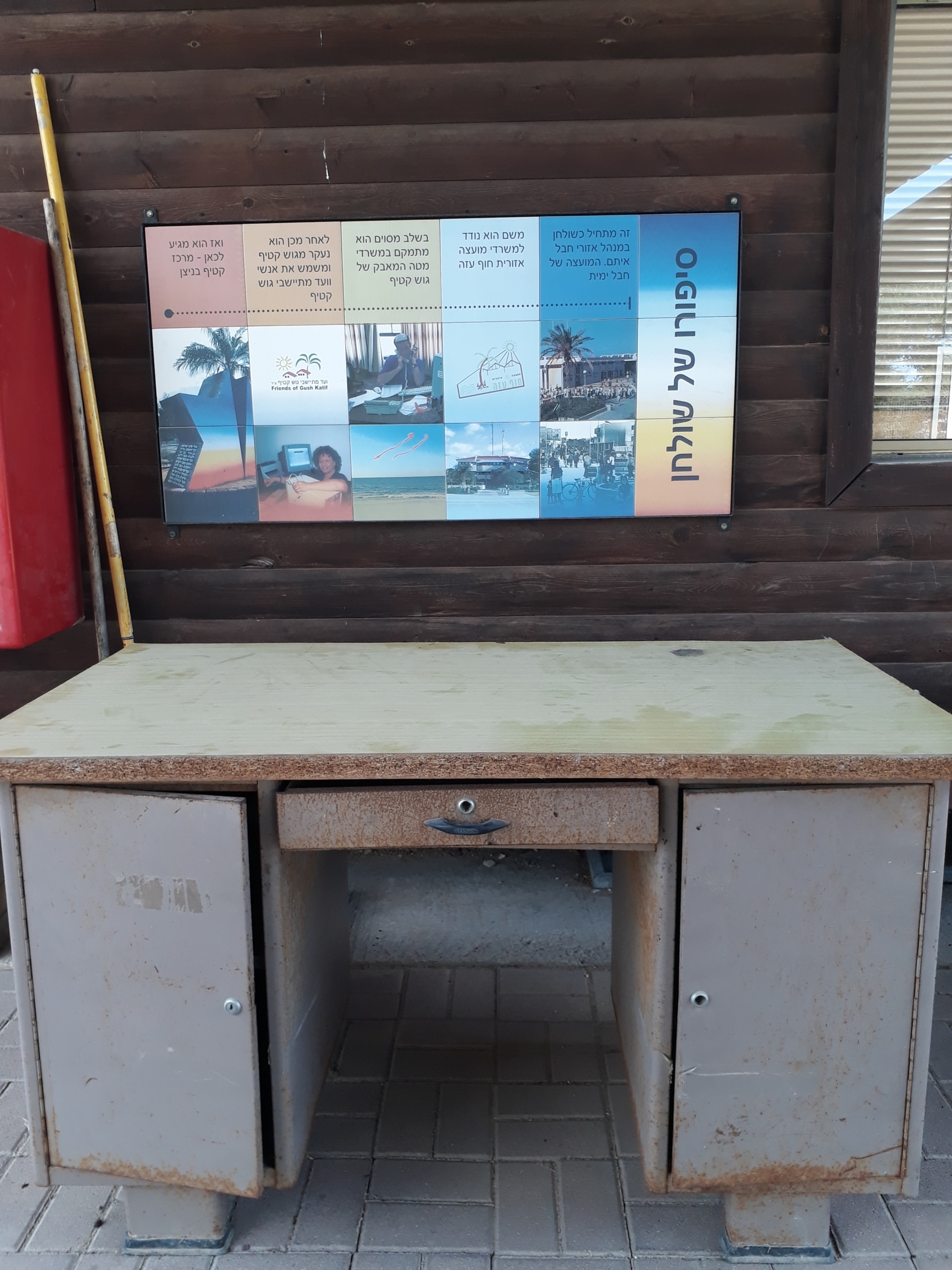 The Holy Ark from Gan-Or

The ark was donated to the Gan Or synagogue by Reuven Rosenblatt, the first regional council head of Gush Katif.
Following the uprooting, the majority of the Gan Or community came to the Nitzan caravilla site – and brought the Ark with them.
The ark’s iron frame stood outside and began to rust, and no proper solution was found for it. Finally, it was proposed that the ark be transferred to the Gush Katif Heritage Center for safe keeping.
Anat Ya’akov, a Gan Or resident, turned the Ark into an art exhibition:
The iron frame was lowered to fit the dimensions of the archive room ceiling and on both sides are pictures of arks from the Gush Katif communities’ synagogues. Inside the ark – when the doors are opened, pictures of the new synagogues from the new Gush Katif communities are displayed. 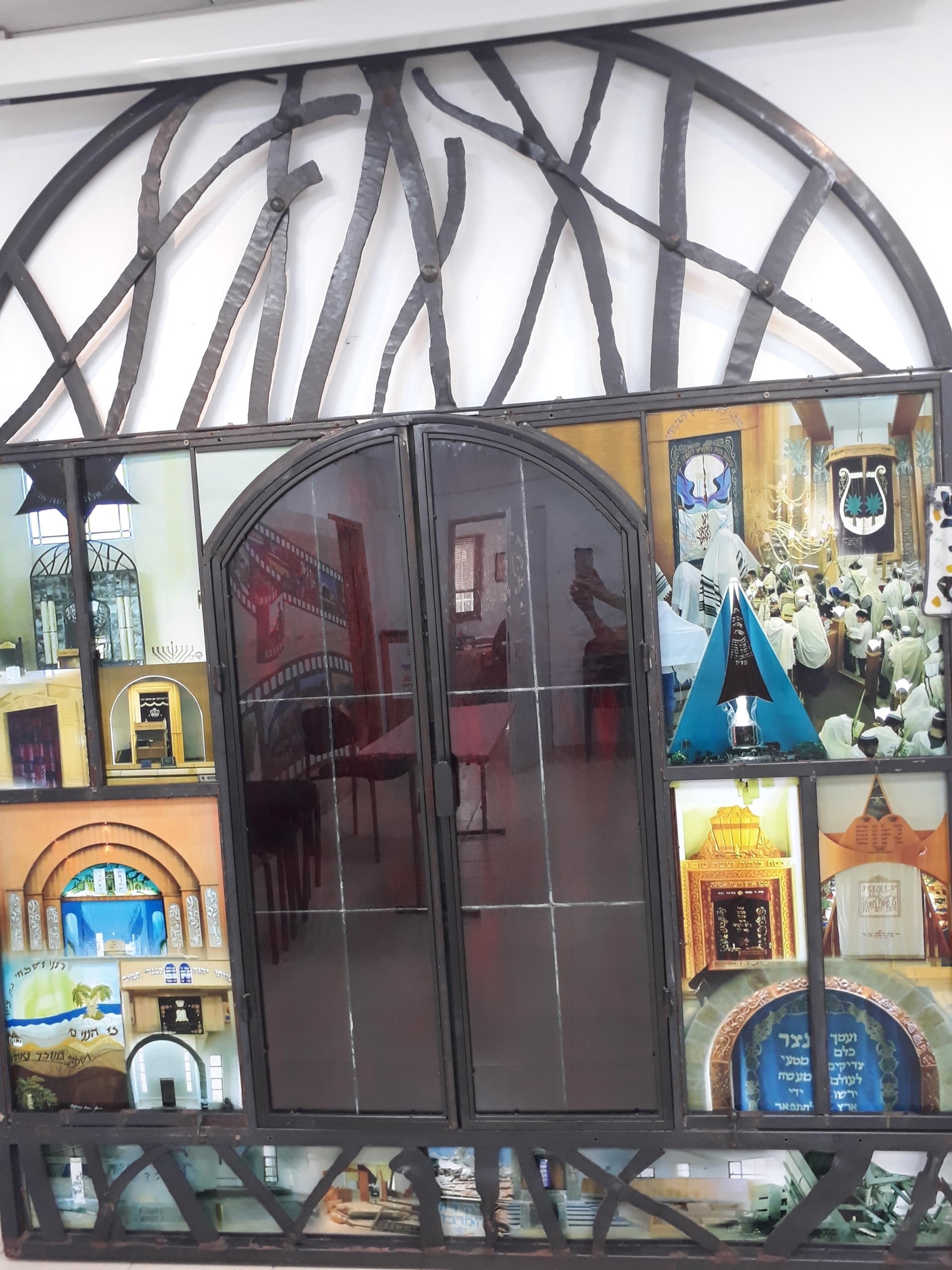 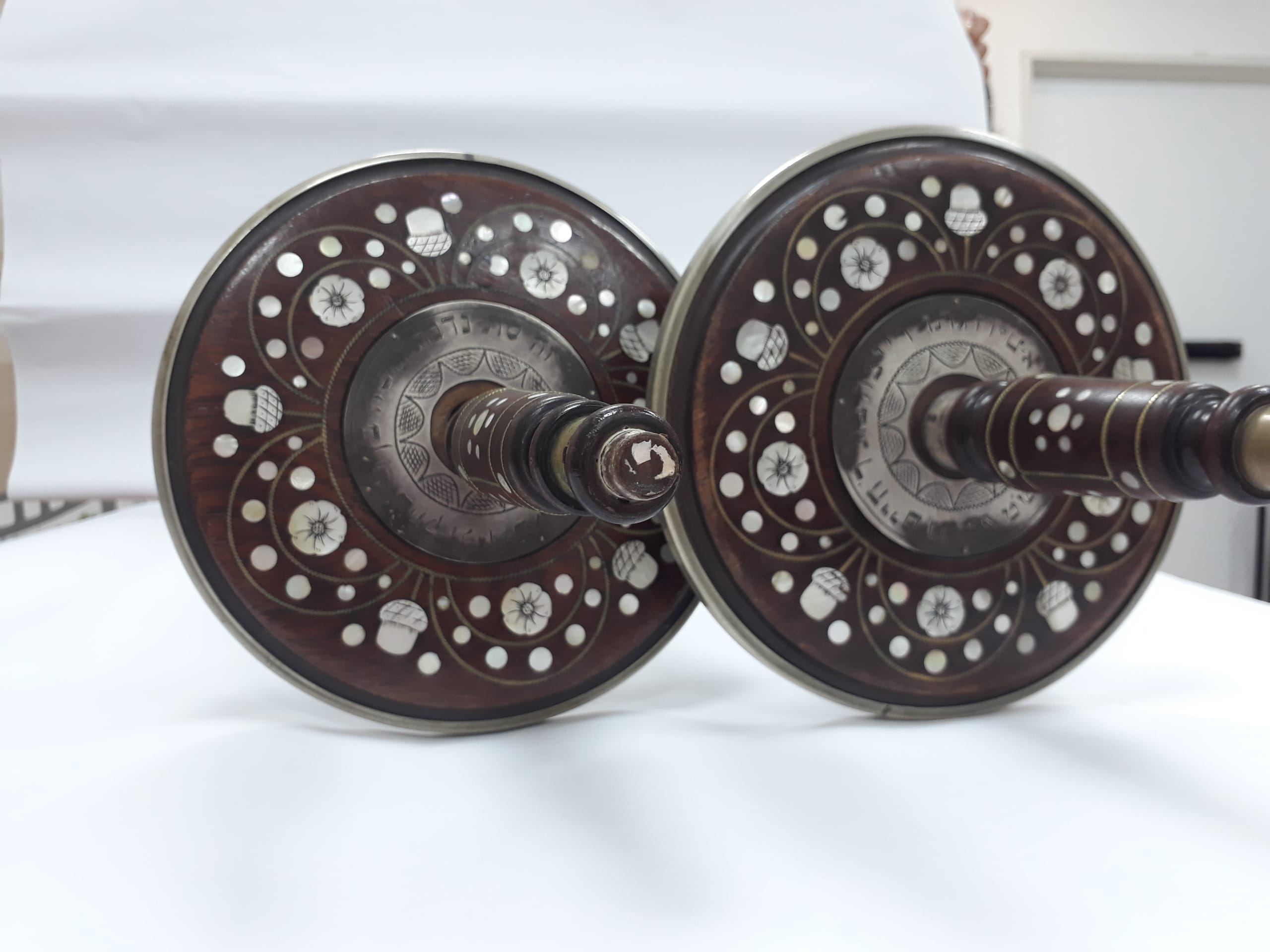 The most glorious testimony to Jewish life in the Gaza Strip is the ancient mosaic from the synagogue in Gaza.
In 1965, archaeologists in Israel heard of a floor mosaic of rare beauty discovered in Gaza. Regarding the description of the mosaic, researchers Prof. Michael Avi-Yona and Prof. Asher Ovadiah surmised that it was a remnant of an ancient synagogue.
Immediately after the Six Day War, the Israel Antiquities Authority hurried to the mosaic to establish its nature, and their findings did indeed confirm the hypothesis.
The first and most prominent thing that can be seen is the figure of King David with ancient Hebrew script written on it.
The second thing are the many pictures of olives and grapes which are typical Jewish signs.
Additionally, in the part of the mosaic which is not here, is an inscription mentioning Jewish names. This is what is written there –
“We Menachem and Yeshua sons of Yishai the late are lumber merchants, as a sign of admiration for the holiest site, have donated this mosaic in the month of Laos in the year 569.”
And the last piece of evidence confirming this to be a Jewish artifact was – the structure’s direction of praying; it was turned to the holy city of Jerusalem. During that time, the land’s rulers prevented Jews from entering Jerusalem. Therefore, it was the custom of many Jewish pilgrims from North Africa to make a pilgrimage to Gaza and thereby satisfy their longings for the Land of Israel.
The synagogue that was discovered was impressive and unique in its size. It included five rooms, which bore witness to the great wealth of the Jewish community in Gaza.
The mosaic artist Amir Janah recreated the mosaic using an ancient and rare technique to reinforce the sense of authenticity of this amazing exhibition.
The original mosaic is in the Israel Museum in Jerusalem.

Memorial to the fallen soldiers

The Gush Katif Heritage Center initiated a digitized stand that would memorialize those who fell in war, those wounded by terror who were residents of Gush Katif and the northern Shomron, fallen IDF soldiers and members of the security forces, and those killed by terrorists in the area of Gush Katif and the northern Shomron from when the communities were first established in the modern state of Israel.

The memorialization is implemented by a computerized information system which serves to pass on their memory and the story of their lives and bequeath their heritage to future generations.
The personal stories of each of the fallen are unfolded, describing their lives and circumstances of their death, photo albums and films in their memory, commemorative works, letters, items in their memory, medals and more. The system enables personal identification with the memory and legacy of the fallen and allows group activities for visitors and, of course, for the bereaved families. 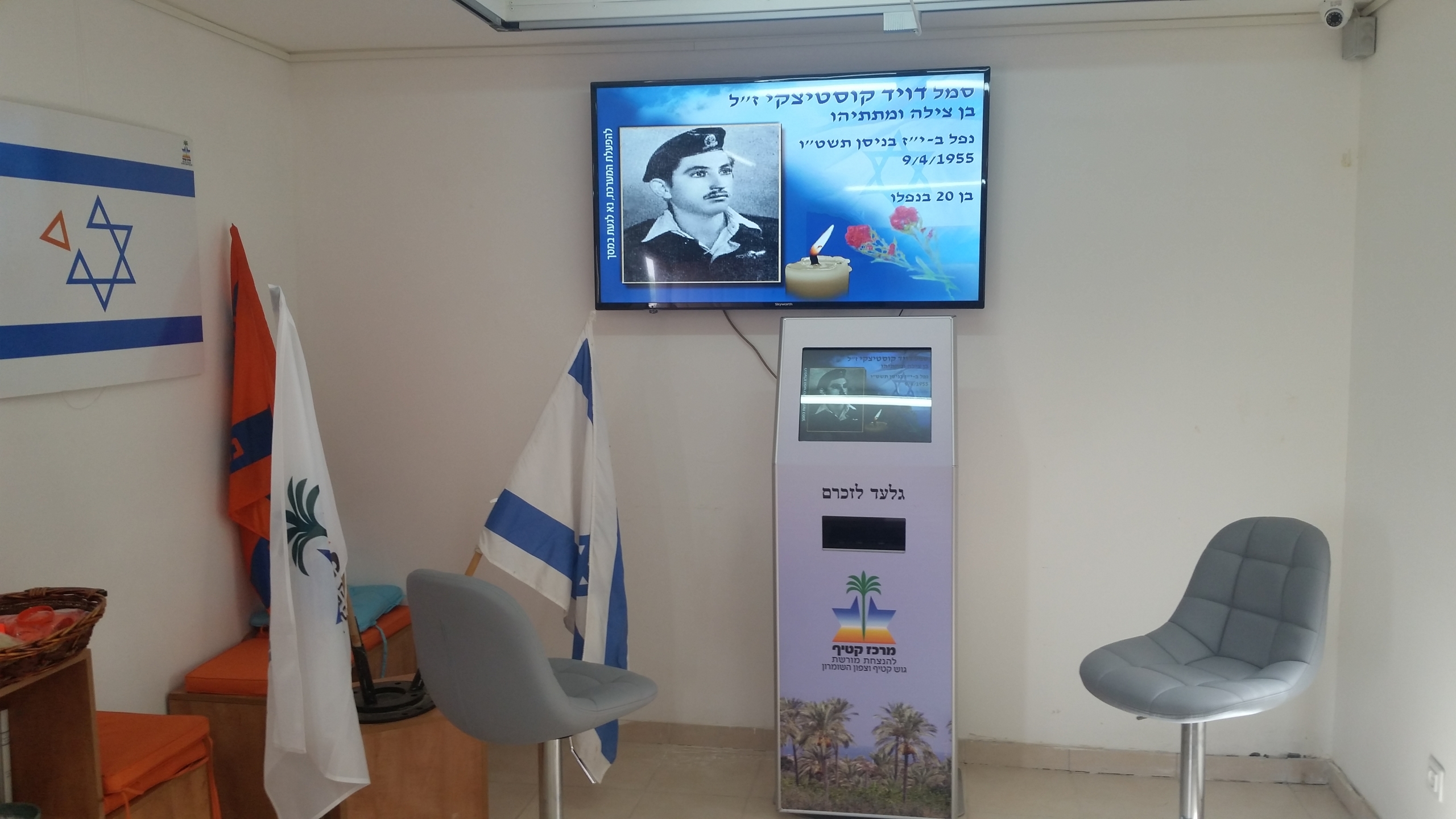